Chrono Days is a sim dating game created by Pacthesis. The game involves of a female character called Saige who can travel directly into the past, prior 100 years ago. The game is free to play and doesn't requite any download.

The game allows the player to go through 30 days within the past or present time and choose out of the available characters of what ending there'd be. There's also available cheat codes to skip days, earn money, earn health (hp); unlock characters and skip the relationships to get the full relationship.

Saige is with her childhood friend Teddy who tells her about a new invention his brother made. It's revealed to be a watch called the 'time jumper', allowing you to move through time directly 100 years into the past. There has been a hole in the sky that teddy's brother Landon had been researching about. Apparently, the hole will disappear in a few months.

When Teddy persuades Saige for trying out the time-jumper, it suddenly activates and pulls her back in time!

Saige arrives at a train station, and is surprised to hear by a man named Nathan that the place she arrived in happens to be the same city she came from. When she explains her situation, he comes to terms with believing what she said and even offers to fix the watch for her, despite the century's technology.

Although Nathan deals with fixing and making clocks, he's unable to fix it. Instead, he offers Saige to rest in his room as he takes a spare room instead. Saige begins to wonder if her life will remain in the past century and that she may remain trapped in the past. She dreams of a memory when she and Teddy were young and their promise to marry when they're older. Saige wakes up the next day, puzzled at her own dream and is even more surpised to be greeted by Nathan who allows Saige to stay as long as she needs.

As the second day passes, Saige visits the train station, only to meet with a young man who in a rush-badly injured himself. Saige helps him up and gives him her hankie to wipe away the blood. The boy, Emmet promises to one day give back her hankie before leaving to go onto the train.

On day 5, Saige notices a figure falling from the sky. Confused, she heads over to where it was. She's surprised to see Teddy with a different hair colour and goggles. He claims he came back to rescue her. Nathan appears, asking if it's a friend of Saige's but Teddy takes it the wrong way and instantly sends her back. Saige is quickly bothered by Teddy's sudden change. He reveals that he stole one of Landon's other time-jumpers as the one Saige had was faulty. He tells her to promise him to keep it a secret. From then on, time-jumping between the two eras becomes available.

Saige - The female protogonist of the game.

Oz- an android with an artifical intelligence. He can be unlcocked in the present-day.

Teddy Emmick - The childhood friend of Saige. He hates his name 'Theordore' and is often known to be a rebel.

Cole Stratford- Is an unlockable character who is on handicap as he was born without hands. He's unlockable by 'doing something in the past that will change the future.'

Roland Churchill - He likes to build things and is a pilot. He has a negative attitude.

Nathan Kinsley - A gentleman from the past who helps you during your time-jumping.

Bianca Hayes - A doll that was sleeping because of a Wizard's spell. She's an unlockable character. 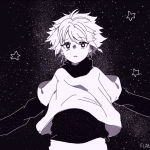